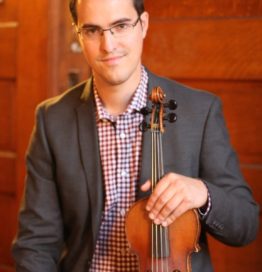 Jason Anick started attending Django in June when he was in college and this event was in diapers —over a decade and a half ago. Back then, DiJ was but a weekend event and he was at Hartt Conservatory. In the intervening years Jason has gone from from student to teacher, from an aspiring artist to an established one, from young to… well, he’s still young.

Jason has worked as a sideman for many fine artists—Stevie Wonder, Tommy Emmanuel, John Sebastian, The Jim Kweskin Jug Band and John Jorgenson to name just a few. But mostly his own groups keep him busy. These days those groups include the Jason Anick Acoustic Trio, the Anick/Yeager Quartet and the Rhythm Future Quartet. Most Gypsy jazz fans have come to know of him in recent years through his work with the last of these, an A-list ensemble he founded with Finnish guitarist Olli Soikkeli.  Here they are playing the Gypsy jazz national anthem in performance at Scullers.

Some of these same musicians have been known to come together as the Jason Anick Acoustic Trio. Here’s Jason with bassist Greg Loughman and guitarist Max O’Rourke (both on our teaching staff this year) playing a musette standard, Indifference.

An experienced educator, Jason has taught jazz violin and mandolin for years at Django in June, other camps, workshops, and clinics all over. He currently teaches in person at Berklee College of Music, in writing through Fiddler Magazine, and on video through Christian Howes’ Creative Strings Academy. At present we have Jason slated to join us on the weekend for 2022, but that could change at any point to a full-week position. The best thing you, a violinist, could do to make that happen is register early!